About Chicago Theater and Arts

Perhaps you go to the theater to be entertained. Perhaps you hope to see great acting. Maybe you go because it’s a night out. Or you go because some critics or friends say a show is good. But from a playwright’s perspective it could be about the message.  “Ambushing the audience is what theatre is all about” — dramatist Tom Stoppard (Newsweek, Jan. 16, 1984).

When you go to an art museum to see an exhibit or look for your favorite period or artists, do you think about your reactions to the paintings or what the artists wanted to express? Styles have changed over the years and so has critic and public acceptance. “Every work of art is the child of its time, often it is the mother of our emotions” – abstract painter Wassily Kandinsky in 1912 on Concerning the Spiritual in Art.

You know that music, instrumental or vocal, can lift your spirits, express drama or mystery during a film, might make you want to dance, sing along or have you switching stations when it is not what you like. “Music is life, and like it, inextinguishable” — Danish contrapuntal composer Carl August Nielsen, 1916 on Symphony No 4.

From reviews and articles to what’s on the horizon, Chicago Theater and Arts is here to help you plan your A and E choices. The articles concentrate on the Chicago area but when something good comes up within an hour’s distance outside the metropolitan area, such as at the Milwaukee Art Museum, that will also be included.

I can be reached at [email protected]

About Jodie
I went to Northwestern University’s Medill School of Journalism thinking I would go into my dad’s profession of advertising but when my mom wanted me to graduate with a teaching certificate I added a second major. To my surprise, after obtaining a BS degree my first newspaper job was as education editor for a suburban weekly (maybe moms know best).

Fortunately, the chain was small enough so when I wanted to also cover art museum shows (I attended the Art Institute of Chicago and the Chicago Academy of Art) I could do so. The same was true when I wanted to do a theater review (I had studied drama privately in the Fine Arts Building).

I went on to write for a county-wide daily paper followed by thousands of freelance articles for several publications. I stopped counting how many pieces I’ve done for the Chicago Tribune when the number reached 2,000 about 2006. It’s probably closer to 3,000 now.

Front page by-lines were exciting but the stuff that made the heart feel good were the theater, museum, art and travel features plus the chance of telling readers about events in and around Chicago.

The fun of being a freelance writer is being able to accept assignments from other publications. So while contributing to the Trib, I have written articles for Crain’s Chicago Business, Footlights, North Shore Magazine, Lakeland Boating, What’s Happening, Striped Pot Travel, Suburban Woman, New York Lifestyles Magazine, Resident.com, AXS Entertainment and CBS Chicago Local.

Outside assignments are still happening. I’ve recently added UrbanMatter. However, Chicago Theater and Arts.com is a way to pass along some of the terrific events in our great city.

Our team of guest reviewers are professional journalists. You can read more about them here.

Mira Temkin is a Chicago-based journalist who has a passion for travel and writes about destinations, hotels, restaurants, theater and events. She is currently a blogger for Orbitz as well as UrbanMatter.com and other print and online publications. Her articles have appeared in Make It Better, Food Wine Travel, Chicago Tribune, New York Lifestyles Magazine, MasterCard LOVETHISCITY, Chicago Upscale Travel Examiner, Skyline and more. When she’s not up in the air or on the road, she can be reached at [email protected].

Pamela Dittmer McKuen is an independent journalist and author who specializes in home, architecture, fashion and travel. Her bylines have appeared in the Chicago Tribune plus dozens of consumer, trade, association, corporate and collegiate publications. She is co-author of the tween fashion guide, “Expressionista: How to Express Your True Self Through and Despite Fashion.” Visit her travel blog at allthewriteplaces www.allthewriteplaces.com

Most of my career has been related to business marketing and communications, and has included a good deal of writing as well as video production. I began working as a child actor in Chicago and earned my Equity card about age 10. Later worked as a freelance window decorator on State Street and beyond, then spent a time manufacturing and designing high fashion children’s apparel. My wife is a pianist who has enlightened me about classical music over the past many years and I try to keep in practice as an acoustic guitarist and singer. All of these experiences and more inform how I perceive theater, music and art. I am interested in the authenticity of the work and the technical aspects as well. Learn more about me at RenoWeb.net. 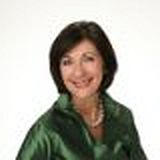 Francine Pappadis Friedman, a former English and journalism teacher, is a published writer whose first short story appeared in the 10th edition of Story Quarterly. Friedman’s memoir, MatchDotBomb: A Midlife Journey through Internet Dating, was published in 2007 and received first-place awards for non-fiction by both the Illinois Women’s Press Association and the National Federation of Press Women. Friedman has appeared on national television and radio shows and has addressed groups across the country on the book’s underlying topic of love, loss and moving on with life’s journey

Cindy Richards is a Pulitzer Prize-nominated journalist who has been a reporter, editorial writer and/or columnist at Chicago’s two biggest newspapers, the Chicago Sun-Times and the Chicago Tribune. She has been an editor at regional magazines, run big projects for TripAdvisor that involved working with writers around the world, and taught journalism in the graduate program of the prestigious Medill School of Journalism at Northwestern University. Today, she is the Editor-in-Chief for the leading independent family travel site, TravelingMom.com, and its partner site, TravelingDad.com.

Colin Douglas is an equity actor who has performed memorable roles in theaters throughout the country. He has directed numerous productions in regional theaters and at the college and high school level. Douglas’ teaching credentials include fourteen summers of teaching and directing at Interlochen Center for Arts. He has also worked in television and film. A native of Michigan, Douglas has a Bachelor of Science in English & Theatre and a Master of Theater Arts from Western Michigan University and earned a Master of Fine Arts in Musical Theatre Performance from Roosevelt University in Chicago, IL studying theatre at University of London, Edinburgh University and Loughborough Teachers’ College as part of the program

Charles Babikian is an entertainment critic