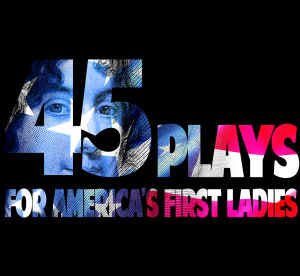 Yes, shows, conferences, etc. that go virtual have become a way of life that sometimes reaches maximum level of “go-away,” “don’t- bother-me” reactions. However, Neo Futurists, a small theater on Ashland Avenue that doesn’t go in for the usual stuff, is doing a show that theater goers will find a break from the political craziness clogging the airways.

Even though Around Town typically looks for experiences out of the house, with stay home still in place in some areas and particularly in Chicago, the experiences shared since March have virtual. Stay home has been hard on theater companies and museums. Indeed, the latest museum news is the large number of people being laid off by the Museum of Science and Industry. So Around Town will continue to let readers know of virtual experiences in those areas and talk will talk about re-openings.

Stop in the DuSable museum of African American history to hear about its virtual reconstruction of The March, visit with late Chicago Mayor Harold Washington ans see his office, learn about blacks who fought in France during World War I and become more familiar with the battle for civil rights.

Your field trip leader is Mayor Lori Lightfoot who is taking viewers to the DuSable Museum on HitPlay Chicago, her fourth excursion to fascinating city destinations that are temporarily closed to the public because of the COVID-19 pandemic.

Named for Jean Baptiste Point Dusable, a trader of Haitian, African and French descent the museum was founded in 1961 by Margaret Burroughs and moved to its City of Chicago Park District property in Washington Park in 1973.

See this small-box, innovative theater’s latest work the “Infinite Wrench Goes Viral” with 30 digital plays in one hour. At $5 (or more if you want), it’s a very inexpensive way of seeing a performance while Chicago theaters are dark.

Dating to the 1980’s, the Neo-Futurist Theater has been a collective of writer-director-performers who fuse sport, poetry and living newspaper into their original plays that are usually shown at a late-night “The Infinite Wrench” event. They have also done more than 65 full-length interactive mainstage productions

For their latest offering, the ensemble is working from home producing new plays each week that are filmed and shared. The Neo-Futurist ensemble of writer-performers continue to work from home and produce new plays weekly, which are then filmed and shared with patrons who subscribe via the patron platform.