I still remember the first time I heard the caustic wit of David Sedaris as he performed his “The Santaland Diaries” monologue on NPR’s “This American Life.” I was gobsmacked. This snarky, irreverent essay quickly became a holiday staple in our house, revered as much as our other annual, if slightly less irreverent, family favorite, “A Christmas Story.”

Still, I had never seen the wickedly funny monologue on stage until this week when I headed to the Goodman’s Owen Theatre to spend an hour with Steven Strafford as the not-always-lovable elf named Crumpet. END_OF_DOCUMENT_TOKEN_TO_BE_REPLACED

Who doesn’t love a rousing tap number? If you do, then “White Christmas,” the holiday offering from Munster’s Theatre at the Center, is the holiday song-and-dance show for you.

It follows the story of Bob and Phil, singers who served under “The Old Man” in World War II before gaining fame and fortune as entertainers. Looking for romance, they follow sisters Judy and Betty to Vermont where the women are slated to perform on Christmas Eve.

When Bob and Phil learn that the inn is owned by the General who is facing financial ruin because there’s no snow, they rally the old troops to save him.

END_OF_DOCUMENT_TOKEN_TO_BE_REPLACED

If you don’t go see The Pajama Game at The Theatre at the Center for any other reason, go to hear the booming tenor voice of the hunky lead, Curtis Bannister.

The actor who has appeared on NBC’s Chicago Fire, plays Sid Sorokin, the “Chicago guy” and newly hired superintendent at Sleep Tite, a pajama factory in Cedar Rapids, Iowa. The factory is a hotbed of union activity and sexual innuendo – both surprising themes for a musical that premiered in the mid-1950s.

The musical started as a 1953 novel, 7 ½ Cents by Richard Bissell based on his experience working in his family pajama factory in Dubuque, Iowa.

Opening to rave reviews on Broadway in 1954 with music and lyrics by Richard Adler and Jerry Ross and book by George Abbott and Richard Bissell, the Tony Award-winning show inspired the 1957 film starring Doris Day. You’ll recognize songs such as “Steam Heat,” “Hey There (You with the Stars in Your Eyes)” and “Hernando’s Hideaway.”

END_OF_DOCUMENT_TOKEN_TO_BE_REPLACED

You don’t have to be a Catholic school graduate to appreciate the battle of wits between the ruler-wielding Sister Clarissa and her vexing charge, 12-year-old Rudy Pazinski, in the laugh-out-loud “Over the Tavern,” now playing at Theatre at the Center in Munster, Ind.

But, if you happen to be a Catholic school graduate, the show, directed by Ericka Mac, is sure to hit home with every slap of that ruler on Rudy’s outstretched hand.

The Wednesday matinee audience guffawed each time Rudy defied the good sister’s demands that he learn his Catechism as it was written, forgoing his own contention that God put us on Earth “to have fun.”

Janet Ulrich Brooks rocks her role as the stern Sister Clarissa who E-Nun-Ci-Ates each word clearly and precisely. Logan Baffico does a good job as Rudy, although his speech got a little rushed as the second act progressed, leading the folks behind me to regularly whisper, “What did he say?”

The cast rounds out with solid performances from Cory Goodrich as Rudy’s mom, Ellen, and Eric Slater as his dad, Chet. Rudy’s siblings are played by Isabelle Roberts (Annie), Seth Steinberg (Eddie) and Julian Solis (Georgie).

The family lives over the tavern owned by Chet and his “Pops,” an alcoholic who is ruining the business. Chet brings his “bad mood” up the stairs each night to dinner with his family who wait in vain for him to remember to pick up the spaghetti dinner he promised.

The family might be troubled, but they are committed to Catholicism. The kids go to Catholic school and they learn the Catechism just as their parents did before them

It all comes to a hilarious head when Sister Clarissa arrives unannounced at the apartment over the tavern to discuss the children.

The semi-autobiographical play written by Tom Dudzick ends with an uplifting turnabout by Dad after a heart-to-heart with Sister Clarissa.

What’s not to love about a show that opens with a rousing tap number? Nothing, it turns out. “Dames at Sea,” the newest production at the Theatre at the Center in Munster, IN, is pure campy fun, from the first minute to the last.

It follows the story of Ruby. She’s fresh off the bus from Utah and in search of a career as a dancer on Broadway. She hasn’t eaten in three days, forgets her suitcase on the bus in her rush to get a job as a dancer, falls into a job dancing on a chorus line in a Broadway production, and catches the eye of a sailor who pledges his love for her — all in the delightful course of her first day in New York.

“Dames at Sea” is a long-running, Off Broadway hit that made Bernadette Peters a star in 1969. Kelly Felthous, the tiny blond firecracker who plays Ruby, channels her inner Bernadette Peters in this production, complete with spunky tapping, high-pitched voice and impish smile. (Ashley Lanyon takes over the role of Ruby from May 22-June 2.)

END_OF_DOCUMENT_TOKEN_TO_BE_REPLACED 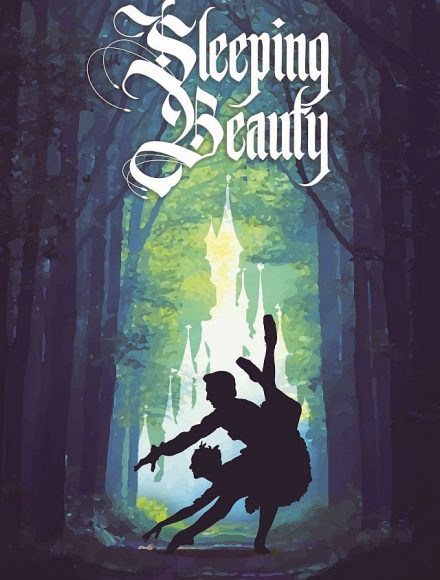 It was impressive that the young dancers onstage for A&A Ballet’s May 4th performance of“Sleeping Beauty” were not thrown off by a cell phone ringing throughout the first half.

A stage manager solved that problem after intermission by asking audience members to turn off their phones completely, not just set them to silent. That was because the cell phones were interfering with the wireless systems in the Studebaker Theater, he said.

Whether that was true or not, it resolved the issue of the rude audience member so the rest of us were able to fully focus on the beauty onstage.

The matinee performance of the A&A Ballet featured a multi-cultural and multi-generational cast of impressive ballerinas, including some tiny tots who couldn’t have been cuter in their sheep costumes.