We were invited to attend a kick-off event and sneak preview for “Hit Her WithThe Skates” a new regionally inspired musical that will have its world premiere March 18, 2020, at the Royal George Theatre on North Halsted Street in Chicago.

The show is produced by Mary Beidler Gearen with book and lyrics by Lansing native and co-producer Christine Rea. The two met while working with the Bailiwick Repertory Company where Gearen earned five Jeff nominations. END_OF_DOCUMENT_TOKEN_TO_BE_REPLACED

Prepare to be dazzled by Ronnie Marmo who plays the tragic Lenny Bruce in  “I’m Not a Comedian… I’m Lenny Bruce,” now extended at the Royal George Theater.

Written by and starring Marmo, the playwright/actor plays Bruce and other characters as he takes audiences through the highs and lows of Bruce’s life, including his relationships with his mother, wife Honey Harlow and daughter Kitty.

Thanks to the success of The Marvelous Mrs. Maisel, interest has been reinvigorated in Lenny Bruce who plays Midge Maisel’s mentor and friend. Time will tell how the award-winning series treats Bruce’s drug overdose. END_OF_DOCUMENT_TOKEN_TO_BE_REPLACED

Certainly “Miracle,” a musical directed by Damon Kiely and premiering at the Royal George Theatre May 8, 2019,  refers to the Chicago Cubs 2016 Championship.

But during a phone interview with lead producer William “Billy” Marovitz, the concept’s originator, what comes across is how much baseball is a part of many people’s lives.

And yes, Marovitz, who has followed baseball “for as long as I can remember,” is the former, long-time IL State Senator instrumental in working out the compromise that brought lights to Wrigley Field in 1988.

Marovitz had earlier conceived a Chicago show about what happened in the city during the two Daley administrations. But when he realized the concept wasn’t going anywhere when Richard M. Daley didn’t run again, his love of baseball sparked another show idea.

“It was Feb. 16, 2016 and I thought the Cubs have a good team. So I though let’s look at the season through a family. I needed to tell a story, not one just about baseball, but about real people, their ups and downs,” he said.

The story, fleshed out by film and TV writer Jason Brett, co-founder of Chicago’s Apollo Theater, follows the Delaneys, a Wrigleyville bar-owning family, through changing times.

Marovitz tells how in one part of the show the Delaney’s 11-year old daughter asks her grandfather who is always going over to Cubs’ park, how he got his limp.

“He explains he was in Vietnam, in a fox hole when he got shot up, and said he thought would lose his leg,” Marovitz said. He continued, “And then the grandfather says “The only thing that kept me going was a transistor radio. I could listen to the games.” END_OF_DOCUMENT_TOKEN_TO_BE_REPLACED 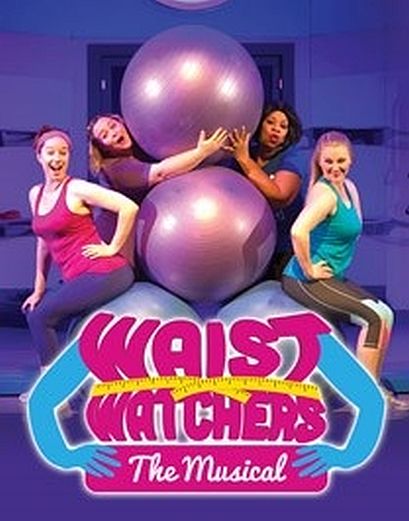 Take a talented group of ladies who belt out a powerhouse of hits about the traumas of growing older, getting heavier, and feeling somewhat invisible and you have the basics of a very funny show.  You’ll find yourself laughing hysterically and nodding in agreement with their tales of universal woe.

The musical romp stars two-time Grammy nominee vocalist Martha Wash, the queen of disco and half of the Weather Girls, known for their hit single, “It’s Raining Men.”

While the three women commiserate at “Miss Cook’s Women’s Gym,” they sing the praises of younger owner Carla who does her best to keep her favorite customers motivated and on track. Yes, that anthem is an adaptation of “YMCA” and the audience is invited to sing along.

Lighthearted and full of high-energy dancing and non-stop fun, the musical features more than 20 numbers that focus on women’s relationship to food, friendship, loss, sex, Botox and working out.  And candy. Lots of candy.

Wash is Connie through October 28. The show also stars Kiley McDonald as Carla, Sarah Godwin as Cindy, Krissy Johnson as Cheryl, and Katherine S. Barnes as the MC.

Walsh knocks it out of the park with her powerful vocals and she simply commands the show every time she’s on the stage. She was a joy to watch.

The audience included several groups with a few men who were picked on for fun. In the end, the show empowers women to band together, relax and just be who they are.